"As we bring people together in the room who look like what they see as the “other,” there are two choices: to be real, and deal with what’s in the room, or just keep it surface, and do what’s always been done..."

Acknowledgements: ESHIP Baltimore’s Local Organizer and Cohado Founder Paulo Gregory works with the local ESHIP Baltimore council to engage entrepreneurs and community leaders to cultivate the creativity, innovation and leadership of Black Baltimore as a model for thriving equitable entrepreneurial ecosystems of the future. The work of the local council is focused on the development of a culturally grounded ecosystem model that prioritizes the assets and leadership within the Black community, with the support of allied partners. Elements of the two-year program include the formation of a local council, storytelling, research and community-led pilot programs to amplify community assets and address emerged barriers. Special thanks to ESHIP Council members Shervonne Cherry of Spark Baltimore and Terence Dickson of Terra Cafe for their participation in this piece.

Building a truly collaborative network of support to achieve a cooperatively conceived outcome is often attempted, but rarely achieved. ESHIP Baltimore’s approach is anchored in relationship and trust development. The initiative intentionally reached out to “unlikely suspects” to participate in our local ESHIP council to engage those who are not in the limelight at all of the tables of power and those who represent very different perspectives, different spheres of 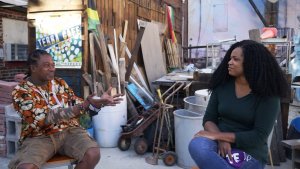 access, and different cultures. This includes those on the ground “doing the work” in their communities and those who are stewarding entrepreneurship —not for the recognition, but for the raw passion that is at the core of who they are. Bringing this difference together, to envision something genuinely new, is the essence of real innovation and a touchstone for our ESHIP Baltimore council work.

Baltimore is a city that is more than 70% Black, yet when looking at the viable business landscape, Black business owners are hard to find. When the Stewardship Council came together for the first meeting, you could feel the difference in the conversation. It didn’t feel like other meetings where you could map, before a word was said, what the conversation would be — same talk, different space. Instead the council members went straight to it, talking about how, in Baltimore, we never talk about how the history of “what happened” here led to the evisceration of Black enterprise in the neighborhoods, or the impacts of the legacy of slavery that is still felt today in terms of access and the power to define our future as Black entrepreneurs and as a city.

There is a legacy of assaults on communities and Black individuals trying to make it. This history makes it difficult to create an environment of trust that is essential 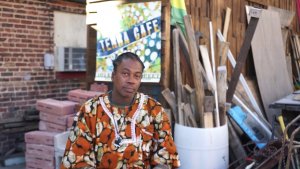 to co-creative design. Terence Dickson, founder and proprietor of Terra Cafe (now a legacy restaurant in Baltimore that is unabashedly Black), said about entering the room in the first meeting, “I came in with my shields up and my sword in my hand.” As Black folk, trying to bring brilliance to solve problems, similarly to those who were brought to America enslaved, much has been stolen. “It’s always treatment, it’s never a solution. It’s always just the bandaids, and guess what, when you’re not ‘IT’ no more, they’re gone.” Dickson shared.

Usually, individuals who are close to the ground, who have this experience repeatedly, don’t come to get taken advantage of any more. Who would? As we bring people together in the room who look like what they see as the “other,” there are two choices: to be real, and deal with what’s in the room, or just keep it surface, and do what’s always done. The usual result being those with position and power define what happens and we get the same inequitable results. But some folk walk away still getting paid, and others leave, and have their genius stolen — again.

The harsh reality is we can’t get this done without those who have access at the tables where the resources reside. At the same time, it is critical to have the right folks with access at the table, not those who will repeat the trauma Terence spoke of. Many Black and women entrepreneurs in Baltimore have had ideas stolen or claimed by others, have experienced “end runs” around them to access resources they were pursuing, or relationships with foundations and other funding sources undermined so others could claim the “light” or dollars assumed to be connected to those relationships. There is often an assumption by those with privilege that all that belongs to them by right of birth. Identifying individuals who are from communities of privilege, but who proactively work to lift those who are usually pushed aside, is a critical aspect of building trust and moving beyond early planning stages.

Within our ESHIP Baltimore council, we have applied two models to begin the early work of building belonging and trust, which ultimately, is cultivated through real experiences of shared power. The first, Strategic Doing, brought to the process by Forward Cities, leads to executing short-term doable projects that allow the folk in the space to experience working together across these boundaries of difference. The second, a compatible process, is the Cohado Regenerative Ecosystem Development model, which assumes the movement through the challenging stages of building trust through relationship development across difference, through the space of skepticism, is essential to the process of transformative change. 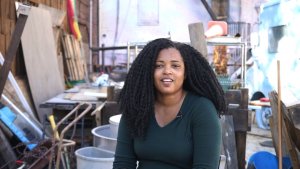 Terence shared, “One of the things I am very surprised about is the relationship with people [on the ESHIP Stewardship Council] who really have compassion for Baltimore — it’s not just a job, it's bigger than that, and that’s the reason I keep coming back— because it's bigger than me.“ Shervonne Cherry shared that she was “pleasantly surprised that there were no egos in the room; there was no puffing of the chest. [We] recognize that this is for the greater good of our city and working together is where it really matters.”

What often gets overlooked in the development of so-called collective impact efforts is that true innovation moves at the speed of trust. Shervonne shared, “the beauty and what I have come to appreciate these months I have been on the committee, is the slow and steadiness. You don’t build a house overnight. Now I really appreciate diving deeper, and connecting with each other as committee members; you see the bigger picture at that point.”

At the same time, there are real challenges that can’t wait. Terrence reminds us that, “it would be great just to wait back and build this thing slowly, but there are some things that have to be done now. If we do not stabilize the small businesses now, the small amount of money that it saves, and the small amount of time that it saves, you are going to have to multiply it times five to open back up a business. If we don’t save these businesses now, they are not coming back.”

The answer lies in both taking the time to build the trust — the strategy, the networks of support, the resources, and the infrastructure— while, at the same time, investing the relatively small dollars in viable Black businesses now. As we do that, it’s also imperative to invest in building the larger connective impact system that will grow as we grow these businesses.

read more about Grit and Grace: How Black Entrepreneurs Are Finding Success in Pittsburgh

Thank You to Our ESHIP Council Members

We would like to say THANK YOU to all of….

read more about Thank You to Our ESHIP Council Members

"What was clear two years ago, and again during this….