Editor's Note: Afsana was a Master of Public Policy student at Duke University when she completed this capstone project in May 2020, with Forward Cities as her client.

How do student loans affect Black and Latinx borrowers’ psychological well-being and thus their propensity to become entrepreneurs?

Entrepreneurship is declining nationwide among people aged 20 and 34. Over the 1999 to 2019 period, this age group produced the smallest cohort of new entrepreneurs compared to those aged 35 through 64. In 2019, the 20-34 age group made up 24 percent of new entrepreneurs, trailing 12 percentage points behind the top ranked aged group (45-54). A growing body of research indicates that the younger generation’s higher student loan burden accentuates challenges associated with saving and securing funds for business investments. However, the literature does not specifically parse out potential consequences student loans could have on the pipeline for Black and Latinx entrepreneurship. Student loans weigh the heaviest on Black and Latinx students and attracting capital has been a long-standing barrier preventing Blacks and Latinxs from entering and succeeding in the entrepreneurship field. In my Master’s of Public Policy capstone project (MPP project), I explored how student loans affect Black and Latinx borrowers’ psychological well-being and thus their propensity to become entrepreneurs.

Student Loans as a Barrier to Entrepreneurship

America’s student debt crisis disproportionately hurts students of color. Black and Latinx students, in particular, are more likely to borrow student loans at higher amounts and experience greater economic distress from paying their loans than their White peers. According to the Center for Responsible Lending, 85 percent of Black college graduates and 66 percent of Latinx college graduates had student loan debt in 2016, compared to 70 percent of their White peers. The average loan amount for college graduates was about 30,000 dollars, but Black college graduates borrowed about 34,000 dollars and Latinx college graduates borrowed about 25,000 dollars on average. Even while Latinx students may have lower averages, they still face larger barriers to repayment relative to their White peers. For students entering loan repayment in 2017, the Center for American Progress’ analysis showed that 32 percent of Black borrowers and 20 percent of Latinx borrowers defaulted on their loans at some point in the preceding six years, whereas a mere 13 percent of  White borrowers defaulted. Racial disparities in family wealth, future earning potential, and higher education achievement outcomes, among other factors, contribute to Black and Latinx students’ struggles with student loans. 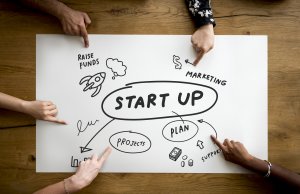 Opportunity and wealth gaps similar to those responsible for producing racial disparities in student loans hold back Black and Latinx entrepreneurs as well. Black and Latinx people are underrepresented in entrepreneurship. Data from the Census Bureau's 2018 Survey of Business Owners showed Blacks owned 2 percent and Latinx owned 6 percent of U.S. businesses, though they comprised 12 percent and 18 percent of the U.S. population. This gap was closer or equal to parity for smaller minority groups such as Asians.  While access to capital is the biggest barrier for entrepreneurs as a whole, Black and Latinx entrepreneurs disproportionately struggle to raise funds for their business. They are discouraged from borrowing and experience higher rates of rejections when seeking loans and investments relative to their White counterparts. Due to racialized income and wealth gaps, Blacks and Latinx have less disposable income and wealth to invest in their businesses. The typical White family had about eight times the wealth of the typical Black family and about five times the wealth of the typical Latinx family in 2019.

My MPP project researched how student loans affect Black and Latinx borrowers’ psychological well-being and thus their propensity to become entrepreneurs. The study sample included aspiring entrepreneurs with student debt from North Carolina Central University (NCCU). NCCU is a co-ed, public, historically Black college and university (HBCU). In March 2020, phone and in-person 40-minute interviews were conducted with 5 Black alumni with a median age of 27.  An additional 23 Black and Latinx current student entrepreneurs completed an open-ended survey questionnaire containing 13 questions between February and March 2020. Participants were asked about their interest in entrepreneurship, their encountered and perceived challenges with entrepreneurship, and the influence of student debt on career goals and mental health indicators. 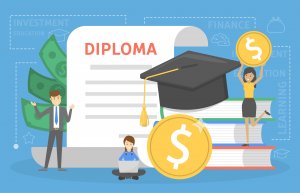 The majority of students (n=17) indicated that student loans influence their career goals. When asked how to describe how student loans influence their career goals, 40 percent of these students expressed that their student loans motivate them to enter professional fields that pay well and would enable them to quickly become debt free. The urgency to become debt free also motivated several alumni (n=3) to choose “lucrative jobs” outside of entrepreneurship that they might have otherwise declined. Alumni explained these professions grant them the economic stability necessary to afford loan payments. For certain alumni (n=2), reducing other types of personal debt was also factored into their decision to stop pursuing entrepreneurship.

Student loans appeared to discourage 48 percent of students’ pursuit of entrepreneurship. In this group, six students noted student loans would make starting a business less viable because securing capital for their business would be more difficult. This theme is exemplified in one student’s response: “My student debt affects my interest in starting a company by reducing my chances of obtaining an approved loan…I recognize that I need to provide funds for start-up operations and supplies. Having no money saved up, lots of debt or investors who don’t trust you, makes starting your business almost impossible.” The rest of the group mentioned they would delay starting their business until they repaid their student loans to avoid juggling multiple loans or earned enough money to independently finance their business.

Even among the five students who ardently expressed their desire to start a business, in spite of student debt, and strongly equated entrepreneurship with economic stability, concerns related to student debt arose. Some of these students stated that they worry about the uncertain time frame for paying off student debts, while others thought they would fully pay off their debts by the time they became entrepreneurs. For example, one student said “My goals and aspirations also have nothing to do with student debt and does not deter me from pursuing them. However, I do occasionally worry how I will pay my debt off and how long it will take. My student debt does not influence my interest in starting a business.” Their concerns suggest student debt could later dishearten young, aspiring entrepreneurs who did not view student debt as an immediate barrier to starting their business. 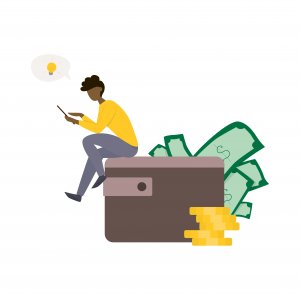 Furthermore, student debt is perceived as a salient obstacle to securing funds for the eight students that preferred traditional financial institutions and investors for financing their business ideas. One student shared, “Hard especially for students who still have a high amount of student loan debt. It will also be hard if you have to go to banks for funding.” Because traditional banks impose stringent requirements for small business loans, entrepreneurs encounter difficulties with receiving loan approvals. Lack of collateral, large debt load, and insufficient income are the three commonly cited reasons for banks rejecting small business loan applicants. As young student borrowers have lower credit scores than their peers without student debt, it is harder for them to qualify for small business loans.  Researchers have observed the higher burden of student loans has limited credit access for the younger generation, which has had negative implications for small business formation as well as housing and auto purchases. 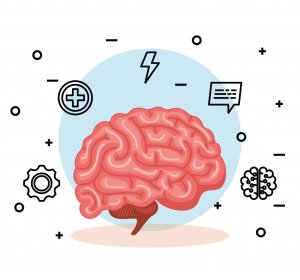 To gather information on the psychological effects of student debt, I asked study participants to quantify how often they worry about student debt and describe what causes the greatest stress. The most popular response among aspiring student (n=12) and alumni entrepreneurs (n=4) was managing student debt frequently triggers stress. For alumni, stress peaks during payment time or during communications with student loan companies. Students are concerned that their future income will not suffice for monthly loan payments. Stress can have dangerous long-term consequences on one’s physical and mental health. A small body of peer-reviewed literature found evidence of student loans being associated with worsening psychological well-being in younger adults. 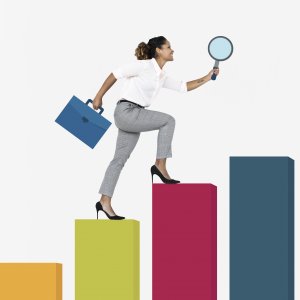 My MPP project’s findings indicate that student loans discourage young, aspiring Black and Latinx entrepreneurs from pursuing entrepreneurship. Aspiring student entrepreneurs anticipate that student debt might interfere with their ability to secure traditional financing (e.g., bank loans, investments) for their business ideas. They hope to secure jobs which enable them to accumulate enough savings to personally invest in their business or pay off their student loans to increase their chances of receiving business loans. The urgency to become debt free drove the majority of alumni to choose jobs outside of entrepreneurship that they might have otherwise declined. These findings altogether suggest student loans may cause postponement of Black and Latinx entrepreneurship until later in life when finances are stable.

Recommendations to Bridge the Opportunity Gap

A Systematic Review of Programs to Increase Equity in Entrepreneurship

Increasing access to entrepreneurship for underserved populations is the primary….

Policing in America: The Impact on the Entrepreneur

"Although policing and entrepreneurship are not often talked about together,….

read more about Policing in America: The Impact on the Entrepreneur

"Regardless of motivation, there are clear benefits to Anchor Institutions….