Supporting Latino Entrepreneurs in West Long Beach (and Beyond)

"In the wake of COVID-19, which has hit Latino communities in the largest numbers across the state, Josefina has focused on reaching small businesses and making sure they are aware of current rules and regulations - and opportunities for support..."

Jessica Quintana and Josefina Cruz-Molina are the Executive Director and Community Navigator, respectively, of Centro C.H.A., a Long Beach based nonprofit focused on building strong and healthy Latino communities. At 42%, Latinos make up the largest ethnic group in a very diverse city, a figure that has grown substantially in the last three decades.

The organization was formed in 1992 and has well-established programs focusing on youth and workforce development, immigration and citizenship assistance, and community violence prevention. Centro C.H.A recognized the importance of entrepreneurship early on as a key to reducing the persistent poverty plaguing the community members it served. When mothers in a community health program were interested in cake decorating classes, the organization sought ways to encourage the natural entrepreneurship inherent in translating culinary and craft skills to the larger community.

“You know, we all go to quicenañeras- we celebrate birthdays and baby and wedding showers, and they were able to actually make an income on that.” says Jessica. 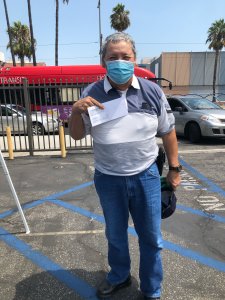 In recent years, Centro C.H.A. has added programming to support entrepreneurs, like the Latino Entrepreneur Boot Camp in partnership with the Cal State Long Beach Institute for Innovation and Entrepreneurship, which ran in three cohorts, including one entirely in Spanish. In the wake of COVID-19, which has hit Latino communities in the largest numbers across the state, Josefina has focused on reaching small businesses and making sure they are aware of current rules and regulations - and opportunities for support.

“I speak Spanish, so I am able to answer their questions,” Josefina says of business owners in the Santa Fe Avenue corridor of West Long Beach. “They’re wonderful people, but they are in a lot of need.” She shares that the entrepreneurs she serves may know about some resources but are not reaching out for more help, and often distrust city resources. As foot traffic has declined for businesses that used to 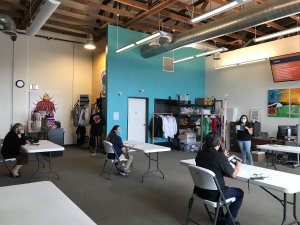 serve students after school, and others have faced extended shutdowns due to health orders, storefront businesses are struggling to keep up. Josefina has helped them with things like building a social media presence and applying for grants. As a business navigator, she has been able to provide individualized supports that are needed in so many areas of the city.

Amidst the health and economic challenges of 2020, street vendors in particular have found themselves especially vulnerable - even to violence. Earlier in the summer, Bililfo Fernandez, an elotero or corn vendor, was robbed and assaulted in Long Beach near Washington Middle School. “They’ve been selling corn in the Washington area for over 20 years. And they do well, because everybody knows him, and he knows that he has the best corn and he has the cleanest corn. But it’s a shame … it’s an easy prey for people who are out there wanting to commit crime,” shares Jessica.

In this case, community members and eloteros alike came together to march for justice for Mr. Fernandez, and put an end to street violence with a GoFundMe raising more than $87,000. Still, the city of Long Beach does not have permit programs for street vendors like the City of Los Angeles, and violence against street vendors is a story Jessica feels too few are aware of. Many families are of mixed immgiration status, with undocumented vendors having little access to healthcare and often fearing deportation. “We need to organize our vendors and really provide protections for them,” she shares, drawing the connection between a community’s physical health, safety, and economic success.

One of the emerging goals of ESHIP Long Beach’s local council is to better equip trusted service organizations, like Centro C.H.A., to serve entrepreneurs who have not been served by more traditional resources, and to connect the navigators who are doing this work across neighborhoods. Strong networks help to amplify existing resources - like the latest grants from the City of Long Beach to support small business owners through COVID-19. We know that the health of our entrepreneurial ecosystem is not in its businesses alone, but the long-term relationships that define a community.

Centro C.H.A. is committed to maintaining those relationships and to always being a place of connection and support for the community. To be connected to a case manager at Centro C.H.A., you can visit their website or call 562.612.4180 directly.

Policing in America: The Impact on the Entrepreneur

"Although policing and entrepreneurship are not often talked about together,….

read more about Policing in America: The Impact on the Entrepreneur

"As we bring people together in the room who look….

"While many folks seem to be waiting for someone to….

read more about ESHIP Communities: A Final Reflection and Farewell