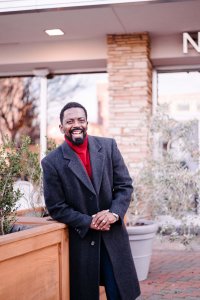 Deryle Daniels is the Senior Manager of Marketing & Communications at Forward Cities and the owner of Daniels Development & Branding, LLC. A native of Durham, Deryle received his bachelor’s degree from the University of North Carolina at Greensboro, where he currently serves on the Board of Directors for the Bryan School of Business & Economics as well as for the general University. Deryle has over a decade of experience in the fields of marketing, communications, and fundraising focused on working with small businesses, nonprofits, and educational institutions.

"Many Africans and African Americans, against their will, gave their all to make this nation what it is today. If for no other reason, that is worth the continuing fight to ensure equity for every entrepreneur."

Without Juneteenth and the emancipation of "all" Americans, could we truly call this a free market? America, built on a set of principles and promises that have never been afforded to all, has great potential. But that potential is what often leads to even greater disappointment. This disappointment stems from African Americans across the nation being forced to watch an “American dream” that we have not been able to participate in fully, even though we have funded a great deal of it with our collective efforts, labor, dollars, and culture.

Prior to June 18th/19th of 1865 (depending on what part of the nation the then-enslaved lived), American Descendants  of Slavery – though the most skilled population of Americans per capita – owned fewer businesses than our white counterparts. Black entrepreneurship, especially in the South, was likely the furthest thing from the minds of many, whose primary objective was to survive and not be separated from loved ones. 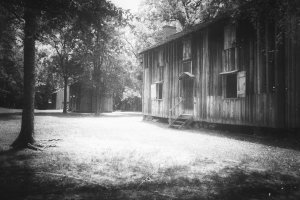 After these well-trained professionals were granted their freedom and educated by teachers from around the country, many of them white allies from Northern states, they built up what we now know as Black Wall Streets in their communities where people born into slavery, or just one generation removed, built schools, businesses, and organizations that their parents may have never imagined  possible. Whether you’re talking about once enslaved Albert and Margaret Robinson, founders of Hotel Robinson in Newton, CA in 1897 or Sarah Goode, who ran a furniture company alongside her husband Archibald and was the first Black woman to obtain a patent within the United States of America, the legacy of entrepreneurship in this nation would be incomplete without Black business leaders. Everyone from engineers such as Elijah McCoy to titans of entertainment business like Oprah Winfrey to Frederick Douglass, a once illiterate man who became a trailblazer in the field of journalism, America’s promise of opportunity is truly realized when you examine what can be accomplished when dreams once suppressed are acted upon.

Without Juneteenth, the term "entrepreneurial ecosystem" would be nothing more than another tool used to oppress Black people because it would have been used to uplift a system fed into American business, most which touched the enslavement of Black people in one way or another. A prime example is the fact that a banking system which is still thriving to this day, accepted enslaved Africans as collateral for loans. This was true for many of the longstanding banks that have remained operational in the United States since the pre-Civil War era. But, thanks to Juneteenth, entrepreneurial ecosystems are now a resource that all Americans can use to build equity and upward mobility for themselves, their families, and all of our communities for generations to come. So, in this season of freedom, we first must honor the freedom that came second in order to begin recognizing any form of independence that can be claimed by all.

I wish you all a reflective Juneteenth that reminds you how many Africans and African Americans, against their will, gave their all to make this nation what it is today. If for no other reason, that is worth the continuing fight to ensure equity for every entrepreneur. Whether the Black Wall Street Forward initiative across North Carolina, the Black Butterfly Exchange in Baltimore, or any of the other communities we work in to center uplifting all entrepreneurs, the realization of Juneteenth was integral to the work of Forward Cities and, without it, that work would be in vain.

Passing the Flame in Baltimore

"The energy in the room was palpable. Tears of joy….

read more about Passing the Flame in Baltimore

Side Hustle to CEO

read more about Side Hustle to CEO

This interview is part of the "Meet The E3 Durham….