If you’re in the business community in Pittsburgh, you know Vernard Alexander.

Lifelong Pittsburgh resident and entrepreneur, the new director is poised to lead the Pittsburgh entrepreneurial ecosystem in a role he has simply already done for years. Known as “The Connecting King” locally, Vernard has a lot of wheels in motion to identify gaps in the business community, support and connect entrepreneurs to resources, and advocate for a better future for local businesses. 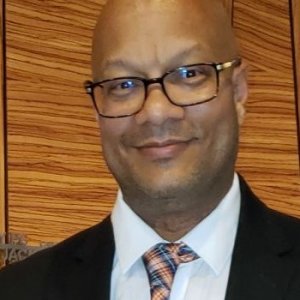 Vernard Alexander is a serial entrepreneur based in Pittsburgh and was part of the Forward Cities Navigator Pilot program. For the past year-plus, Vernard has proven his nickname “The Connecting King” in helping Pittsburgh entrepreneurs connect with companies and resources to guide them in their journey of creating a new business.

Earlier this year Vernard was promoted to Director and will oversee the Pittsburgh initiatives in place when Forward Cities brought the grant to the city. Working closely with the Forward Cities organization and Pittsburgh team, Vern has big plans in his new role and for Pittsburgh’s business community overall.

Vernard earned a bachelor’s degree in secondary education and social studies education, as well as his master’s degree in business administration (MBA) from Point Park University in downtown Pittsburgh. In 2013, he was awarded the lifestyle award from the National Association of Black MBAs (Pittsburgh) for his work in the community.

Over his career, Vernard has founded multiple business ventures to benefit local entrepreneurs in terms of equity and accessibility. In 2006, Vernard founded The Minority Networking Exchange in Pittsburgh to make networking more accessible for BIPOC entrepreneurs and business owners. Vernard has mastered the ability to create and nurture engaged communities on and off social media.

Vernard has been recognized several times for his accomplishments, including:

Plans for Future Innovation in Pittsburgh

Vernard is now officially the inaugural Director of the Equitable Entrepreneurial Ecosystem Alliance (E3 Alliance). The E3 Alliance is a group of seven Entrepreneur Support Organizations (ESOs) working collaboratively as the coordinating body for Pittsburgh’s entrepreneurial ecosystem by fostering a culture of diversity, equity, and inclusion for every entrepreneur.

“It’s a really exciting time for entrepreneurs,” Vernard says. “Crisis and turmoil bring about change and cause entrepreneurs to pivot and take risks.”

From its inception within Forward Cities Pittsburgh, the E3 Alliance will now carry out the responsibilities of cultivating the local business community and creating resources and connections to help entrepreneurs realize their ideas and launch their businesses. In his first two months in the role, Vernard has worked closely with entrepreneurs in the area to promote innovation and foster creativity.

Uncovering Gaps in the Pittsburgh Business Ecosystem and Connecting Resources

A large part of the work is identifying gaps in the marketplace for Pittsburgh entrepreneurs and small business owners, and that’s one of Vernard’s favorite jobs. By pinpointing gaps and raising awareness, he can help bring about change and bridge that gap to benefit the entire region.

A few key gaps Vernard has his eye on at the moment include:

There are numerous financial literacy programs available in the region currently, but not a dedicated training program for bookkeeping for first-time entrepreneurs. This resource should be available to entrepreneurs whether they attend college or not.

So one project in the works already is adding a bookkeeping module to the E3 Alliance’s financial literacy program. Local business owners should be able to access resources and contacts to help decide if they can do their own bookkeeping (DIY) or plan the process to hire a bookkeeper and know how to work with them.

There’s currently a labor shortage across the country, but the labor shortage has been here from before the COVID-19 pandemic in Pittsburgh. Since the pandemic, it’s only exacerbated the problem. Vernard sees this gap as an opportunity to connect workers with companies in the region through a common resource hub, such as the E3 Alliance.

In a world where millions of people are tweeting and live streaming their own beliefs and opinions, it’s hard to know what information is correct. The E3 Alliance will be launching their new website to house resources from Forward Cities and the alliance. Although it’s still in development, Vernard and his team envision a visual map that helps business owners find the resources they need at the stage in which their business operates.

Right now, there isn’t one place for new entrepreneurs to go when they have an idea for a business in Pittsburgh. There are various groups and organizations for networking, but Vern believes that what entrepreneurs need now is a centralized hub of resources so entrepreneurs in the area can more easily navigate the business community digitally and easily.

If you’re a Pittsburgh resident with an idea for a business, contact Vernard Alexander directly to learn more about what the E3 Alliance of Greater Pittsburgh can do to help.

As a Forward Cities Navigator and business coach since early….

"As we bring people together in the room who look….