On October 5 in New Kensington, Westmoreland County, PA, a few dozen people came together to explore the potential and possibility that comes with, as the local mayor calls it, a “small, big city” that is ready to redevelop. The Postindustrial Hidden Gems event came with the mission to tell the positive story of this community, changing the perception that has been negative since its decline in the 1970’s and 1980’s. The potential of what is to come was illuminated through the stories shared from various key community leaders. So much is happening… so much hope, so much momentum, so much movement!

With the decline of industry in what is now termed the “rust belt” towns of America, many communities have been left with empty streets and few businesses. When I moved to New Kensington in 2011, I moved to one of these communities that seemingly had little hope! My husband and I moved our family here because we saw potential. We found our dream house fixer-upper project for a very low price. And, we moved to a community with a rich history and a diverse population to raise our multi-racial family.

After moving here, we started Sonward, a non-profit organization that provides youth enrichment for the two neighborhoods that have the highest poverty rates in Westmoreland County. We have invested in the people of the community, bridging people who experience barriers to opportunity which may not have been otherwise accessible to them.

Since 2011, organizations, investors and new residents have come into the community with similar hope and vision for what the community can become.

Redevelopment pioneers like Corey Pistininzi, a local entrepreneur and business owner, bought his home and is raising his family just two blocks from mine. He and his wife own a business and are opening The Bloser Mansion, a historic bed and breakfast. They are also co-investing in an event venue in the near future to further develop the community. They see the hope and are participating in the future of New Kensington. 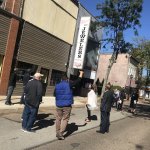 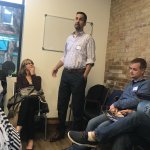 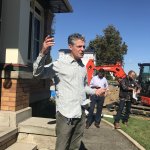 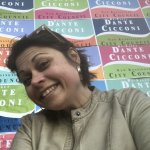 Another pioneer, Dante Cicconni, who also serves as a city councilman, spoke about the value of the residents as his motivation for investment in the city. People stay in New Kensington because of the people. People invest in New Kensington because the relationships and connections are rich and there is a lot of pride in who we are. His local roots run deep and he is proud of who we used to be and who we are becoming.

The general message of the day was a focus on cooperation instead of competition.  Cooperation is the key component to developing an entrepreneurial ecosystem that includes the community and welcomes new faces. Another pioneer in New Kensington’s redevelopment, Sean Watson, shared about how no one knows what’s coming or what people are going to do by saying, “This is the closest thing in modern day society you’re going to have to the Wild West.” The energy and excitement around the potential of New Kensington was tangible. There is room here for everyone to imagine and dream about what the future holds. There is room for those dreams to come true.

The day concluded with a walking tour of the downtown corridor and the Bloser Mansion. There are many challenges ahead, but re-imagining a post industrial community with consideration for an equitable entrepreneurial ecosystem is something that is an honor to take part in. May New Kensington be an inspiration for collaboration in the other Westmoreland communities that face similar challenges. There is hope for a new future!

Editor’s note: This article is part of a larger series….

As a Forward Cities Navigator and business coach since early….

read more about Grit and Grace: How Black Entrepreneurs Are Finding Success in Pittsburgh