Editor’s note: This article is part of a larger series called Solution Stories, which illuminates how Forward Cities is helping to guide in cities across the country. For background on the specific approach taken in communities like New Kensington, please visit the first article in the series here, and Kim’s previous post, Introducing CO.STARTERS in New Kensington, PA.

Redevelopment efforts in New Kensington, PA have been an exciting journey for the community.  We have been watching the downtown corridor revive as many different people take interest in the historic buildings and see themselves as a valuable part of a larger picture. Our downtown is growing into an ecosystem where stakeholders work together toward a common goal.

It has been exciting to watch VooDoo Brewery New Kensington take shape.  I started noticing work being done on the old Ritz movie theater in February.  Not long after, it was announced that someone was putting a microbrewery taproom in the space.  A lot of work and community support went into this investor making his way into the downtown ecosystem.  Because the taproom was not ready yet, VooDoo did a soft opening of their business by hosting an outside pop-up beer garden in August, September, and October of 2019.

VooDoo’s pop-up beer gardens turned out to be fantastic community events.  Finally, after 10 years of being part of the community of New Kensington, there was something for my family to do downtown, just a few blocks from my house!  Every Friday and Saturday night, the community was coming together, eating good food, and hanging out together.  We were starting to really get to know each other and the gathering allowed everyone to participate.

During one of these pop-ups, I had the opportunity to hang out with Nicole 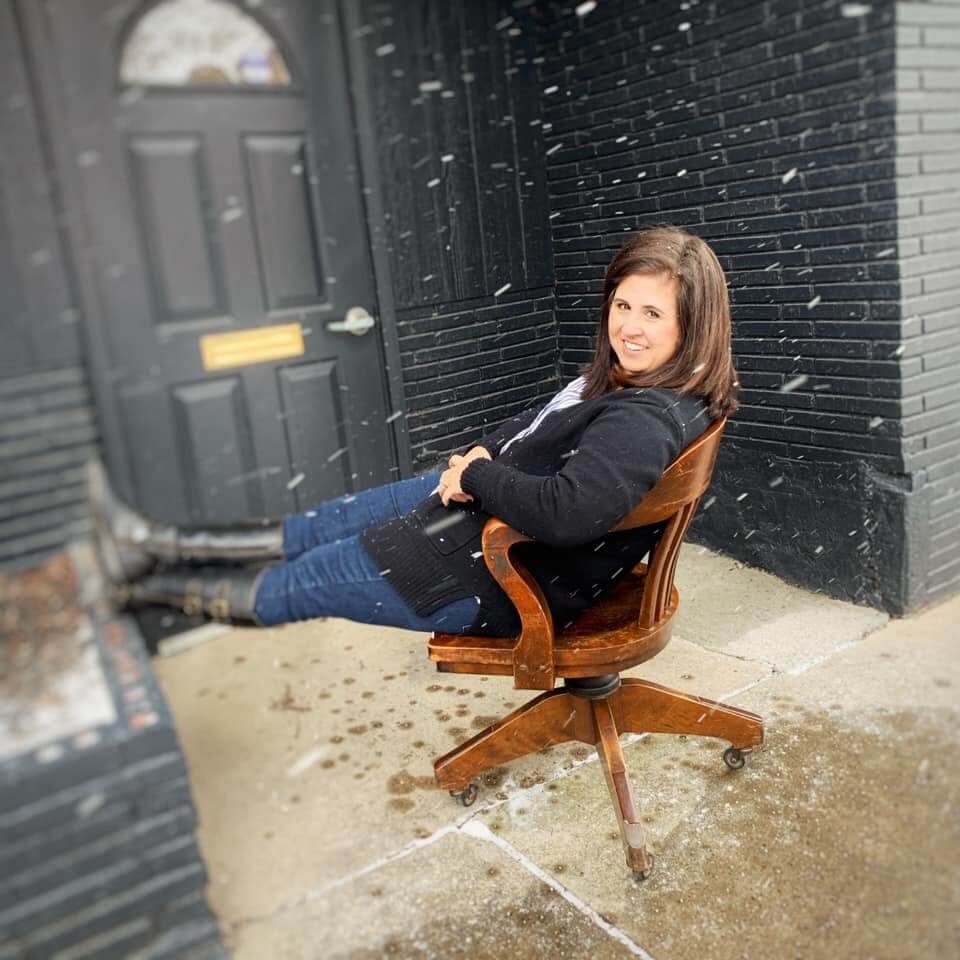 Vigilante, who had been running a vintage Etsy shop for a few months.  Nicole and I knew of each other, but this was the first time we had a chance to hang out.  I asked her about her shop and she shared with me that Trovo means “I find” in Italian.  She has a passion for hunting for vintage treasures and she wanted to try out sharing that with others through repurposing items and providing new items for people to purchase.  She had a successful experience selling on Etsy and was considering a brick and mortar location in a building her husband owned.

The other part of the conversation included a discussion about Nicole needing to understand the concepts that go into running a brick and mortar business.  Being an entrepreneur and owning a small business was a dream for her and she knew she had some things to learn about what went into running a business.  I knew at that point that we were about to start planning to implement CO.STARTERS for the Minimal Viable Solution created by the Forward Cities Innovation Council in New Kensington.  I was able to talk to her about her potential participation in that cohort.

The energy of downtown that night, the conversation, and the excitement that something good was happening in New Kensington, led Nicole to try a pop-up shop in the building across the yard from VooDoo on Small Business Saturday, November 28, 2019.  Her pop up shop was a success and led to opening a few more days before Christmas. 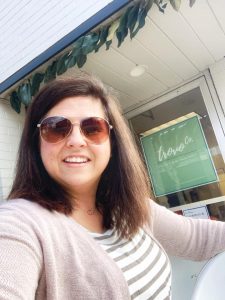 Nicole then joined the pilot program of CO.STARTERS that launched in January and entered the conversation with other downtown business and building owners.  She said about the program, “It was so great to network and connect.  It helped me to think about my business as more than an Etsy shop.”  The camaraderie of the group was the strength of the program and she says about the other business owners that she now considers them to be friends.

Now we find ourselves in the grip of a pandemic that has forced small businesses like Nicole’s rethink their approach.  Since the store could not remain open, Nicole moved her operations to online-only again.  She is making sales and encouraged that Trovo Co. will weather this storm.  Participation in CO.STARTERS unlocked a small business microgrant that is going to help Trovo survive.  She is using this time to build inventory, bringing fresh vintage styles into the shop, and thinking ahead.  She plans to reopen the store in a safe and timely manner.

Trovo Co. is a welcomed small business in downtown New Kensington and a story of hope that our redevelopment efforts will move forward. Trovo Co. is one part of a budding ecosystem breathing new life into this rustbelt community.  As we move through this time of crisis, we hope to keep moving forward with as many of our small businesses as

possible and look forward to regaining the momentum established in the time leading up to it.

Editor’s note: This article is part of a larger series….

Solution Stories: The Bold Experiment of the Community Entrepreneurship Accelerator

Many of today’s cities, while sharing a great deal in….

Community Revitalization and Food Security in the Barelas Neighborhood

"One of the things that is most extraordinary about New….